We help people to make their contribution to climate protection

With all our energy.

Learning what protects the climate

Should climate protection be part of the school curriculum? This question has caused heated debate in Germany. The topic is, however, definitely an issue for pupils. After all, children and young people of today will have to live with the problems that generations before them have created. We already took the initiative back in 2017 by launching the 'ista schools in energy efficiency' project. Since then, we have taken our comprehensive knowledge about energy saving to more than 100 schools throughout Germany in the form of exciting learning units and 'climate boxes'.

Nothing protects our climate more effectively than energy that we don't even have to generate in the first place. For example, every kilowatt-hour of electricity that is not consumed saves around 516 grams of CO2 . Up to 30 per cent of the energy consumed in Germany today could be saved solely through more careful consumer behaviour - an easy way to protect the climate.

We want to make people aware of energy wastage. We want to start with ourselves and think about what we can change and how we can change it.
Jason-Lee Gerhardt, project course pupil at the Essen-Überruhr grammar school (GEÜ)

Knowing about wastage and savings potential is an important requirement for this. Who would know such things better than an energy service provider like ista? After all, our core business is to bring transparency into the energy consumption of multi-family buildings and commercial properties. And transparency – as everybody who can read a heating cost bill knows – provides an incentive to save.

When the European Commission named Essen the "European Green Capital 2017", out of all applications  it was the city of Essen's concepts that proved to be particularly convincing. The Ruhr metropolis – with ista as a main sponsor – convinced the Commission with particularly sustainable concepts for urban development and, in the end, won against cities such as Oslo or Nijmegen. In 2017, further projects were developed that continue the green approach. "ista schools in energy efficiency", one of the core projects, contributes to several sustainable development goals of the United Nations at one and the same time: it supports high-quality education, combats climate change and conserves valuable resources through energy efficiency. 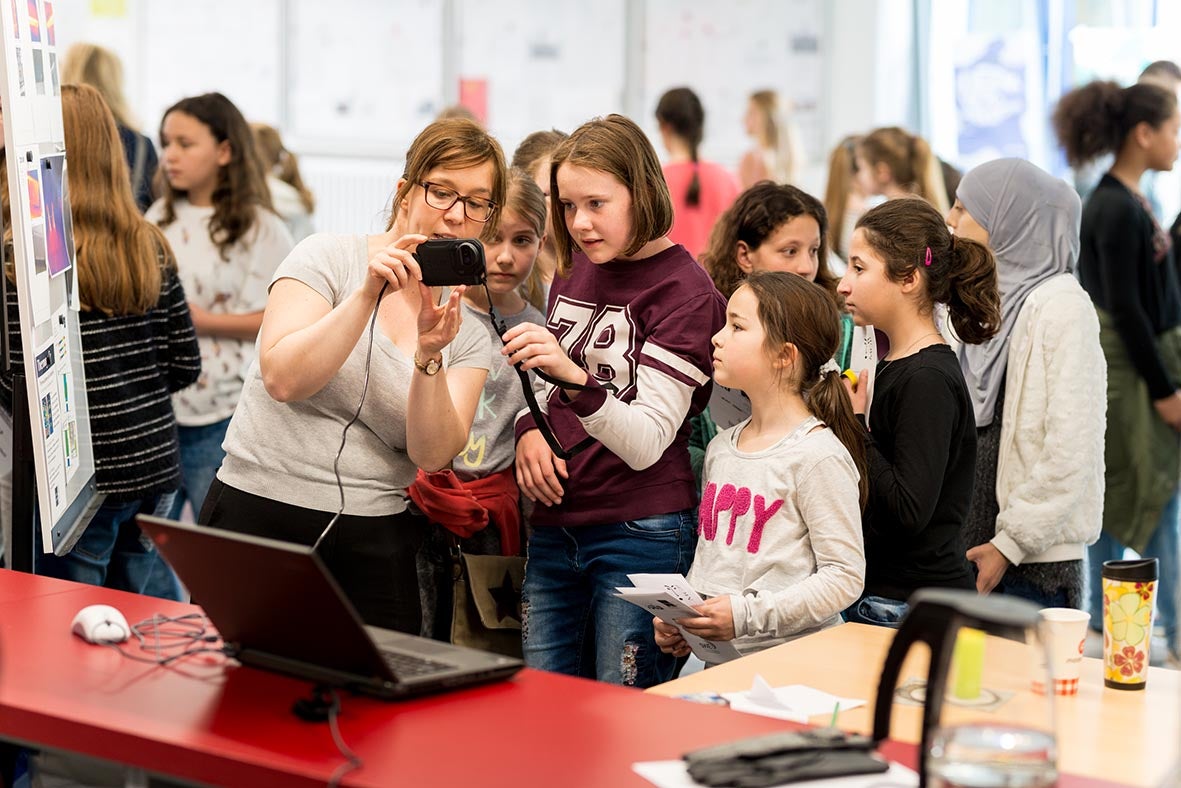 How can climate protection be learned?

'ista schools in energy efficiency' combines the transfer of theoretical knowledge with practical energy saving. We want to enable young people to discover energy-savings potential in their schools and to find a remedy for energy wastage themselves. So we initially equipped five secondary schools in Essen with state-of-the-art measuring technology and designed individual teaching units. From energy detective workshops to interactive classroom discussions, pupils were taught specialist knowledge about energy use and sensitised to more energy-conscious behaviour.

Climate change is when, for example, the ice in the Antarctic melts. The ice that is at the North Pole and that polar bears need to live becomes warm and melts and then unfortunately they die out.
Two pupils at the Essen-Borbeck girls grammar school

The Essen-Überruhr grammar school (GEÜ) even created an advanced level course which the pupils were able to include for assessment in their overall Abitur grade. A main teaching focus of the course was the technical and economic aspects of energy use.

During the pilot phase in 2017, the energy-saving successes in the school building were also shown for everyone to see on a large display in the entrance area of the GEÜ. Such a display inspires and reminds everybody to always stay on the ball. In February 2018, the state government of North Rhine-Westphalia also commended "ista schools in energy efficiency" for its exemplary commitment as an outstanding pioneering project for a climate-friendly future.

You have shown me how much fun it is to champion the climate!
Year 6 pupil at the Essen-Borbeck girls grammar school. 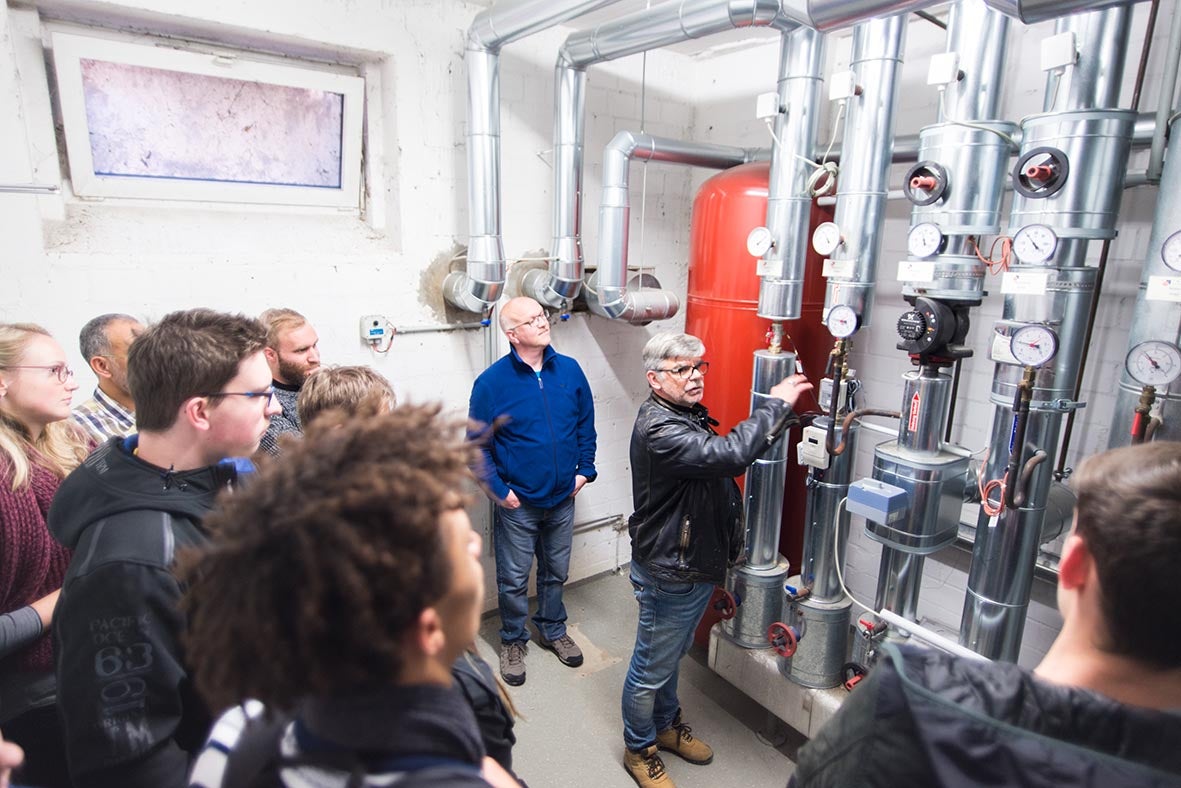 'The aim of the project is not only to create the technical prerequisites for transparent energy management in schools, but also to get pupils enthusiastic about the topic with accompanying teaching units,' explains Thomas Zinnöcker, CEO of ista. In order to support the lessons with as much specialist knowledge as possible, ista employees volunteered to exchange their desks for the classroom - and became highly motivated purveyors of knowledge and ambassadors of energy saving.

The pupils would like to seize the opportunity to initiate sustainable changes at their school so as to achieve greater climate protection and cut energy consumption. I am very happy to be able to support them in their efforts.
Werner Monschau, Technical Product Manager at ista.

We launched a nationwide education initiative together with the Bildungscent e.V. association so that schools in other cities and regions can also benefit from 'ista schools in energy efficiency': in 2018, 100 schools in Germany were equipped with our 'climate boxes'. These boxes contain measuring instruments and learning materials. They were developed by pupils for pupils and have already led to another 100 sustainable school projects. They are supported by ista employees who become involved as part of our Corporate Volunteering programme. Each of these projects not only improves the energy balance of the schools, but also educates and sensitises more and more young people to climate protection.

The pupils were highly committed and very well prepared. You can see that young people are really getting involved in the topic of climate change.
Christian Noll, German Industry Initiative for Energy Efficiency (DENEFF) at an 'ista schools in energy efficiency' panel discussion 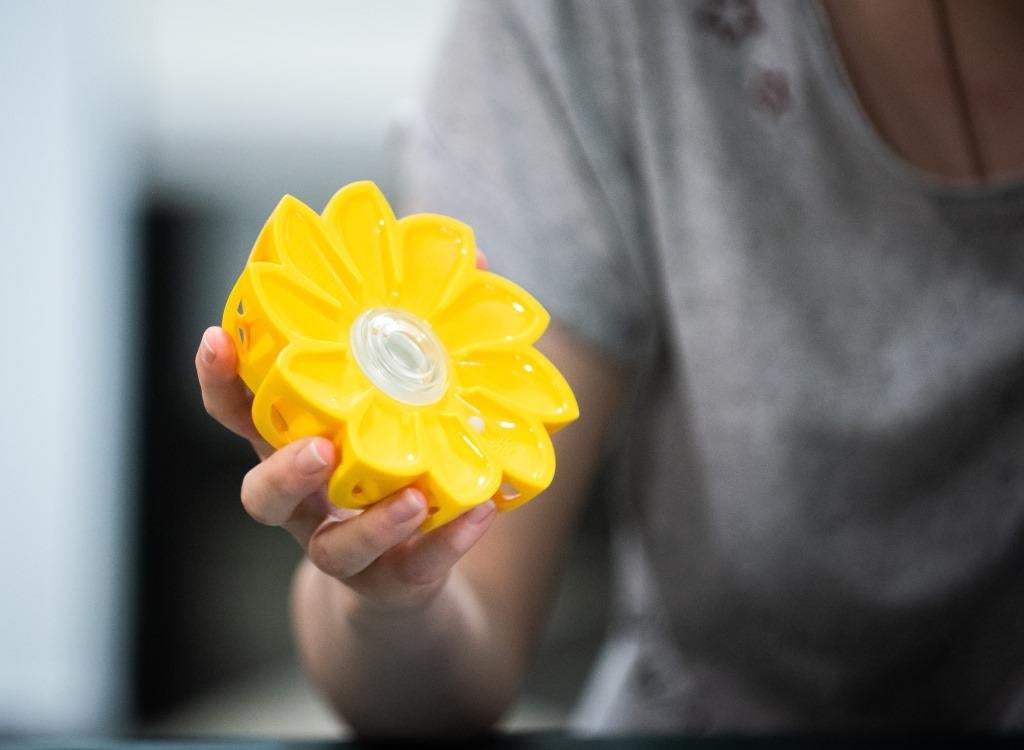 The climate box also contains a "Little Sun" solar lamp by the Danish artist Ólafur Elíasson. The pupils wanted to support his project: The Little Sun delivers important services everywhere in the world where there is no reliable access to energy. With the help of the Little Sun, pupils in remote or poor regions of Africa, for example, can still read and learn in the evenings.

Showering uses much less energy than taking a bath. And you don't have to wait until the bathtub is full.
Year 7 pupil at the Essen-Borbeck girls grammar school.

Climate heroes - so we do not run out of ideas

Climate protection is perhaps the most pressing challenge of our time; we need a lot of ideas and a great deal of creativity for it. That's why we support climate heroes: pupils who want to implement sustainability projects in their schools. The climate heroes contest is a crowd-funding competition; the project with the most supporters wins 3,000 euros.

Climate heroes is a cooperation project of "ista schools in energy efficiency", the two non-profit associations, BildungsCent and die Multivision, and Startnext Crowdfunding GmbH. Together, we want to get pupils enthusiastic about climate protection and help them put sustainable projects for greater climate protection in schools into practice.

'ista schools in energy efficiency' gets the ball rolling.

Sustainability and climate protection are huge tasks. If everyone makes a small contribution, we can achieve a lot. With this in mind, we want to get the ball rolling - by providing stimulus, encouraging change and promoting new awareness. Pupils who share their knowledge with friends and family carry their enthusiasm for environmental protection into the world as ambassadors for the coming generations. We want to support them in this.